Here’s a brief history of the band over the last 30+ years:-

By 1979 Steve & Alan were in a group called ‘Speedway’ whilst Merv was in a trio called ‘Pedigree’. There was at this time unrest in both acts – Steve & Alan decided to split and auditioned for a Bass player. Along came Merv and together they formed ‘Three’s a Crowd’.

At first they blended Pop Rock with the ‘New Wave/New Romantic’ style songs emerging in the 80’s. There were occasional diversions from their usual formula when Merv added Keyboards for the likes of the Moody Blues classic ‘Knights in White Satin’ and ‘Take on Me’ - anyone remember  ‘A-Ha’?

By 1988, tired of playing second fiddle to Bingo and with the club scene in decline, the lads decided to retire. After keeping in touch over the next 20 years, the trio were getting itchy fingers and after a few jam sessions decided to reform as ‘Hypertension!’  - the name gives a clue to the age and state of health of a couple of the guys!!

They now play on the local Pub circuit choosing to perform their own Pop-Rock favourites from all the decades from the 60’s through to the present. 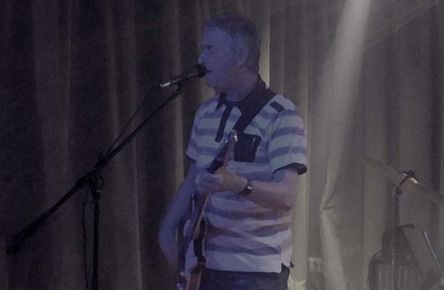 Steve first got into playing the guitar at school, using the “Bert Weedon Play in a Day” tutor. In 1971 after three years he finally mastered it enough to form a rock band called “Zygon” with a couple of pals from school.

He soon realised that Black Sabbath tributes were not for him and moved to a Status Quo tribute group called “Piledriver”, which proved to be very popular and got lot’s of work.
In 1975 Steve joined groups Bus Stop and Speedway playing in clubs around Nottingham and Yorkshire.

After Alan joined Speedway in 1977,  the pair decided to split in 1979 and along with Merv formed ‘Three’s a Crowd’.

Favourites : -
Band of all time - The Beatles
Guitarists - Gary Moore
Drummer - Too  many to mention! 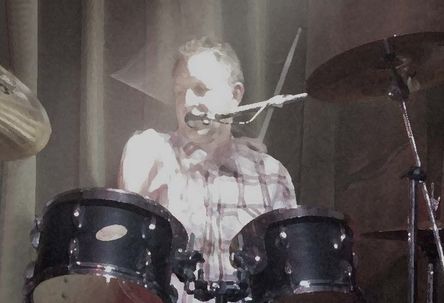 Alan first started to play with groups whilst at School in the late 60’s and early 70’s.

His first band on the gigging scene was called ‘Part Three’ which he joined after leaving school in 1971, playing with Italian brother and sister Regilio and Maria.

Next he joined three other local lad’s and two from Nottingham to form ‘Marlin Haze’, working clubs full time in North Notts, Yorkshire, Leicester and Lincolnshire.

An 8 piece Rock ‘n’ Roll band called ‘Revival’ was next, this was the time of Showaddywaddy in the charts, some great times and loads of work about.

After depping with numerous guitar vocalists and dance bands  he auditioned in 1977 for a band from Arnold, Nottingham called Speedway.  He got the job and played the club scene again, along with Steve as lead guitarist.
In 1979 after unrest in the group Al left and along with Steve held auditions for a Bass player, Merv came along and the three formed ‘Three’s a Crowd’.
​
Favourites : -
Groups - Deep Purple, Yes, Pink Floyd
​Drummers - Keith Moon, Ian Paice, John Bonham, Buddy Rich
Guitarist - Jimmy Page, David Gilmour, Carlos Santana 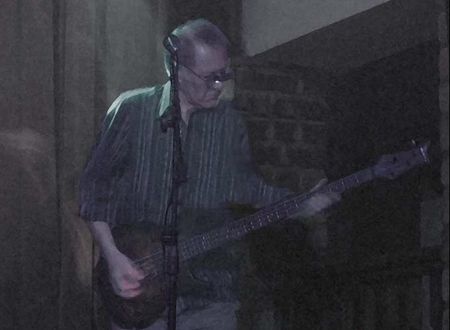 Merv goes back a long way starting to play instruments in the late 1950’s and formed his first band in 1962, here’s a brief rundown in his own words!

“Age 11 piano lessons for two years – got knuckles rapped for playing by ear instead of reading the dots!! Still it was a good foundation for learning other instruments.

Age 13 decided playing guitar was the way to go - not as heavy to carry as a piano – no electronic keyboards in them days and organs were even heavier!

​Age 15 started in first band as Lead Guitar playing Shadows instrumentals and the likes of Buddy Holly and Everley Brothers – The Beatles had yet to chart.

By the late 60’s there was a glut of good guitarists but a shortage of Bass players, so since then I’ve been swapping between Guitar, Bass and
occasionally Keyboard in various bands.

I’m not a lead singer (can’t remember lyrics!!) but really enjoy singing harmony. Have tried to keep up to date with the music scene and attempt to play a variety of styles but draw a line at Rap!”